Principles and Priorities of Budget tabled in Gandaki Province Assembly On the occasion, Minister Gurung said the budget for the next fiscal year would be focussed on making the province’s economy functional by coping up the challenges brought by the COVID-19 pandemic, making life normal and removing the adverse impact on development, good governance and prosperity.

He said the budget and programmes would be brought prioritising the prevention, control and treatment for minimising the effect and damage from the second wave of coronavirus infection.

Finance Minister Gurung added that the primary priority of the budget would be to provide vaccines to all citizens. Stating that the mutual coordination and ties among the federation, province and local levels would be rendered stronger, he said, “Efforts would be made to revive the economy hit by coronavirus pandemic.”

The province government finance minister said emphasis would be laid on infrastructure development and production-oriented as well as poverty alleviation programmes.

The province’s revenue system would be made just, transparent and technology-friendly. The internal income would be developed as the main basis for the province’s income.

Minister Gurung added that the means and resources would be centred on economic, physical and social infrastructure development while making the public expenditure systematic. RSS 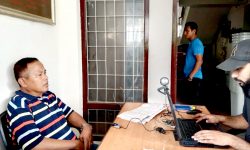 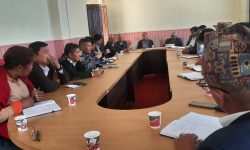 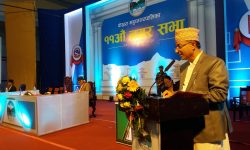